Condo living will be the new normal in Ontario: BMO - BNN News

Condo living will be the new normal in Ontario: BMO - BNN News


The already expansive price gap between condos and detached housing in the Greater Toronto Area (GTA) will continue to expand towards the end of the decade as new detached development is squeezed against the walls of the protected Greenbelt and overwhelmed by mature millennials looking for backyards.
That’s according to a new study from the Bank of Montreal examining how changing supply and demand dynamics will shape housing in the GTA.
While many point to the rapid build-up of condo inventory as reason to believe Toronto’s market is approaching bubble territory, BMO senior economist Robert Kavcic says those people are ignoring a fundamental shift in where Ontarians will live in the next decade.
“Housing bears often point to a massive number of condo units under construction, which does look dramatic, but fail to appreciate what they can’t see, a dearth of single-detached construction,” said Kavick in the report.
It’s easy to see why landing a lawn and a backyard in Toronto is getting more expensive. At the end of 2014, 57,000 condo units were under construction compared to just 7,200 single detached homes. But the reality of density-focused development is creeping into communities that have for decades served as an affordable oasis for middle class families looking for the suburban lifestyle.
“A four bedroom house on a 40-foot lot would have been the benchmark new home product in Vaughan Ont. in 2004. It would have been about $575,000. In 2014, the same house is $1.5 million. Almost three times the price,” said George Carras, the president of RealNet Canada Inc.
The gap between the price of a new house and a new condo in Toronto skyrocketed to nearly $300,000 in February. Carras says “moving out to the burbs” is going to mean travelling to more far flung areas of the province as a wave of higher prices radiates from Toronto’s city centre.
“If you can’t afford that, your low rise option isn’t in Vaughan, Markham, or Mississauga. You are seriously looking at Cambridge, or you’re looking at Kitchener, or you’re looking at Barrie. Those are your move out options,” said Carras.
Toronto’s red hot housing market is often compared to Vancouver’s, mainly based on their impact on nationwide home priceing figures. But Carras says while both markets are seeing tremendous pressure on housing prices, the reason behind Toronto’s surge in dense high-rise housings is unique.
“In Vancouver, the region has to densify because physically it’s caught between the water and the mountains. Your only option is to grow up. In Toronto, you’re not caught between water and mountains. You’re stuck between water and policy,” he said.
The Ontario Places to Grow Act took effect in 2006, creating a 7,300 square km swath of protected green space, farm land, wet lands, and watersheds around the Golden Horseshoe, the most densely populated region in Canada that surrounds Lake Ontario.
“With Lake Ontario to the south, the Greenbelt effectively turns the Greater Toronto/Hamilton/Niagara region into an island with respect to housing development, and development in some areas has begun to push up against the perimeter of the Greenbelt,” said Kavic, who notes some 20 percent of inner ring of the Golden Horseshoe is available to support growth for the next 15 years.
While land may be available near the periphery, the report says transit from the region is relatively weak for those commuting to Toronto’s core, where 40 percent of the regions jobs are based. The Places to Grow act has identified 25 urban growth centres outside of the city to help spread out employment and ease transportation chokepoints in the future.
After 2015, at least 40 percent of all residential development in Hamilton, Durham, Halton, Peel, and York Regions will have to happen “within the built-up area.” Lower thresholds have been set towards the outer reaches of the Golden Horseshoe. Peel and Hamilton have bested these targets in recent years at 50 percent and 48 percent respectively.
“It’s essentially a grow up not out approach to the region’s future. If housing requirements over the next 20 years call for another 2.4 million people to move here, the kind of housing you’ll have is driven by the kind of housing you can create. You can expect more high-density, less low-density, and the price behavior is going to very between those two because of supply and demand,” said Carras.
“This means building row and high-rise housing, while 50 to 75 foot-wide lots become a relic of the past. Combining these two factors suggest that the supply curve for good-sized detached lots in areas with reliable and timely transit is steeping fast,” said Kavic.
On top of that, the echo of the baby boom generation, or mature millennial set, is expected to hit their prime backyard hunting years just in time to put more pressure on an already tight market for single family detached homes.
Ontario Ministry of Finance projections show population growth in the 25-to-35 year old age group decelerating in the next decade while the 35-to-39 year old and 40-to-44 year old accelerate further.
“Combining these supply and demand fundamentals suggests that Toronto condo prices could be in a for a prolonged period of stagnation, or very sluggish growth, while detached home prices outperform through the end of the decade, barring a major external shock,” said Kavic.
The Places to Grow Act will be due for a 10-year review in 2016. It’s forward looking statement for 2041 calls for “compact development that makes the best use of our limited land supply and offers a diversity of choices for living, working and enjoying culture,” as well as a “fast, reliable, and integrated transportation system.”
Carras says unlike the mountains that shaped Vancouver and its outlying suburbs, the Place to Grow Act can evolve with the changing needs of Ontarians. For now though, he says Toronto homebuyers should look west to get a sense of what’s to come for the price of a detached home, the price of a condo, and the nearly $300,000 in between.
“In Vancouver, which is probably about 10 to 15 years ahead, that price gap is probably closer to $750,000 to $800,000,” he said. 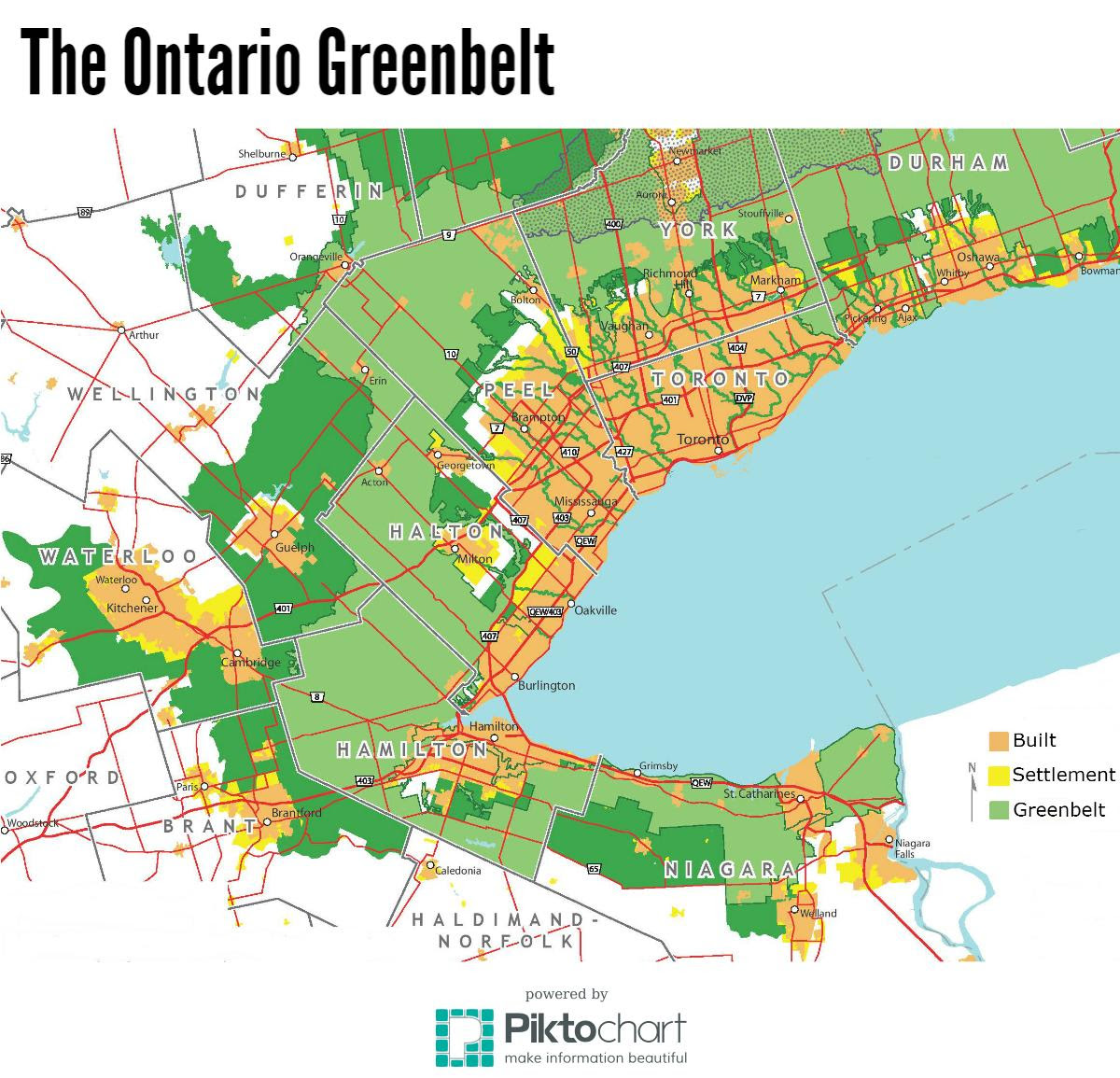 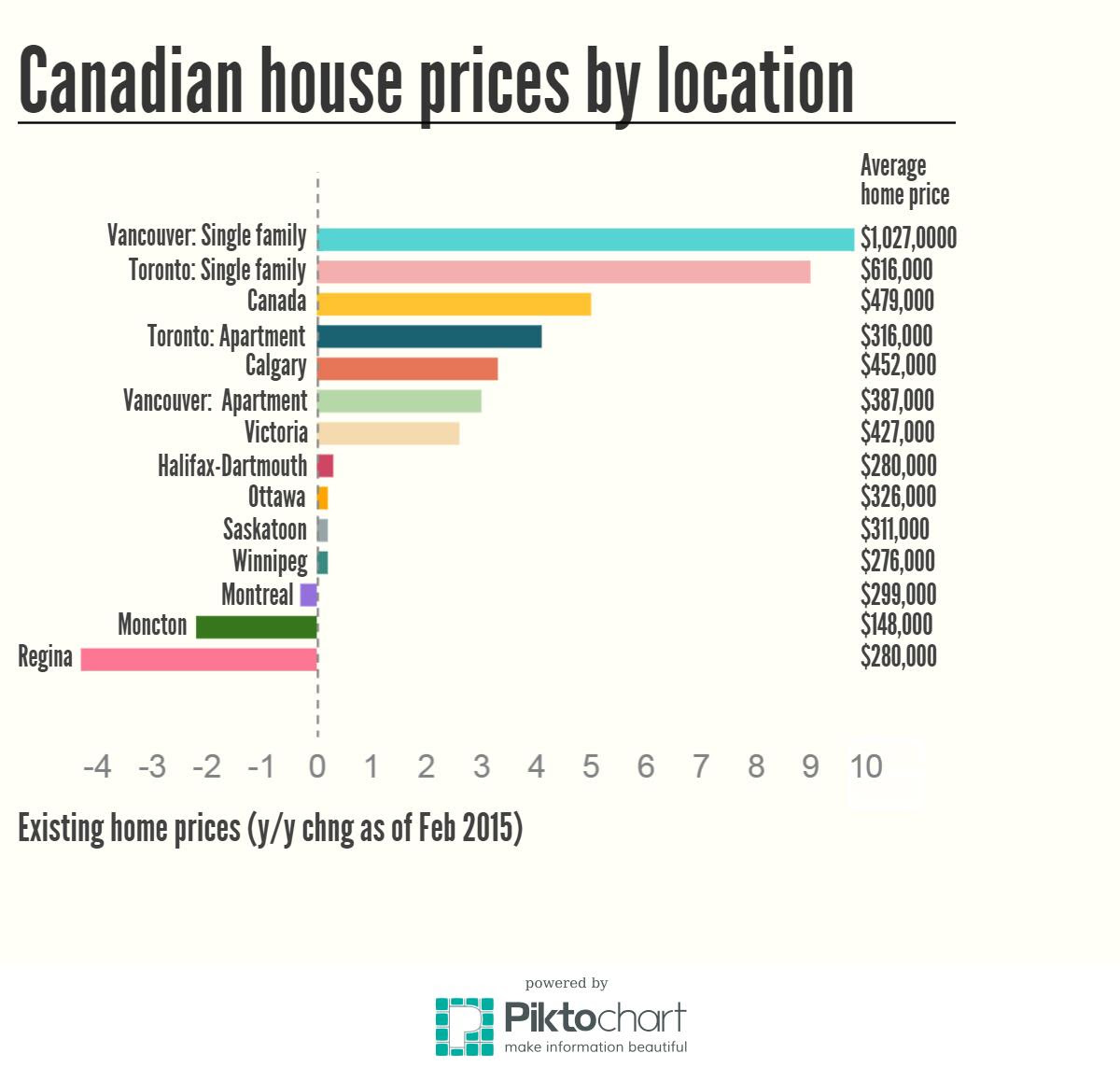